First included in Vast Fame-licensed multicarts under its E Mo Dao title, it later received a standalone physical release under the title Akumajo 2: GetsuFumaHen, labeling it as a part of the GetsuFumaDen series, although without any legal basis for doing so.

In the year 20XX, an evil cult uses up the last of its energy to engulf the world in darkness and awaken Ryukotsuki, and it's up to this generation's hero to travel to Devil Island and collect three magic whips needed to defeat and seal away the darkness once again.

Devil Island copies GetsuFumaDen with its gameplay and Castlevania with its aesthetics. Much like Castlevania, the player's default weapon is a whip, except it can be held down for rapid fire. Items can be bought and used in-game by pausing and selecting them with the A and B buttons, which are needed to progress in some places. The player must also find and defeat guardian bosses in order to proceed. The game offers unlimited continues.

The world map is near identical in layout to GetsuFumaDen, and most of the weapons and items from the original game are present. Gameplay has been somewhat simplified for the handheld system, but most features of GetsuFumaDen are present.

Devil Island shows a few signs of being developed by Vast Fame. The main evidence is the Mega Man V sound engine. In addition, this game has also appeared on several Vast Fame-licensed multicarts alongside confirmed Vast Fame games such as Shi Kong Xing Shou.

Packaging for the standalone release of Akumajo 2: GetsuFumaHen. 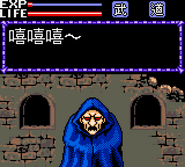 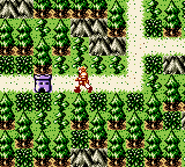 The protagonist on the world map. 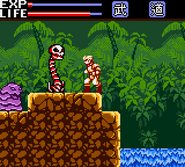 The protagonist confronting some enemies borrowed from other bootleg titles. 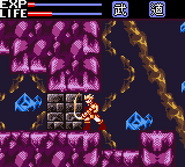 The protagonist swinging their whip at some breakable blocks. 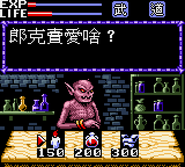 A Merchant, peddling their wares. 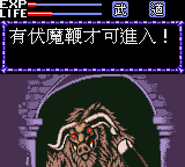 A Gatekeeper informing the player that only those with a magic whip may proceed. 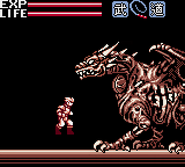 Ryukotsuki as they appear in Devil Island, a decaying dragon zombie (the original sprite is of Somulo from Capcom's Demon's Crest). 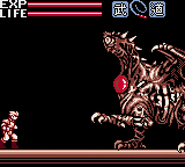