Yu-Gi-Oh! (遊☆戯☆王, Yūgiō?, lit. "Game King" or "King of Games") is a popular Japanese manga created by Kazuki Takahashi and originally serialized on the Weekly Shōnen Jump magazine. The original story focuses on Yugi Muto and his alter ego, Yami Yugi, with most of the conflicts being solved in the form of various gambling games. The series would spawn various anime and video game adaptations, all of which focus exclusively on the Duel Monsters game (originally called Magic & Wizards in the manga), a trading card game in which each player assembles a deck of cards depicting fantasy monsters, consisting on three types of cards: Monster, Spell and Trap, with which they challenge other –similarly equipped– opponents with the objective of defeating them and obtain the victory, as well as some of their own cards.

The series began as a manga in Japan in 1996, and since then it has grown to an immensely successful global brand, spawning various manga and anime series, video games, toys, and many other products. Most importantly, a real trading card game named Yu-Gi-Oh! Trading Card Game, based on the Duel Monsters game from the story, was later developed and published by Konami, featuring cards based on the monsters from the manga and anime series. Konami also created their own cards, some of which are based on various Konami properties, which later made their way into the anime and video game adaptations. Many of these cards are based on Konami's various shoot 'em up titles, with an entire set dedicated to the Gradius series. GetsuFumaDen, Castlevania, and Ganbare Goemon are no exception, and cards based on these and other franchises have also appeared in certain releases.

References to the GetsuFumaDen series[]

A few GetsuFumaDen characters have been represented with cards within the Yu-Gi-Oh! series of card and video games, including Getsu Fuma and Ryukotsuki. 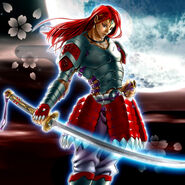 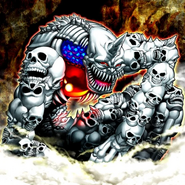 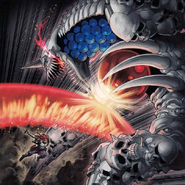 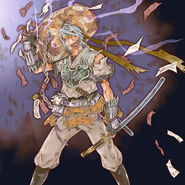 Full card art for Disciple of the Forbidden Spell.
Other 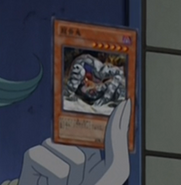 Ryu Kokki's card in the anime.